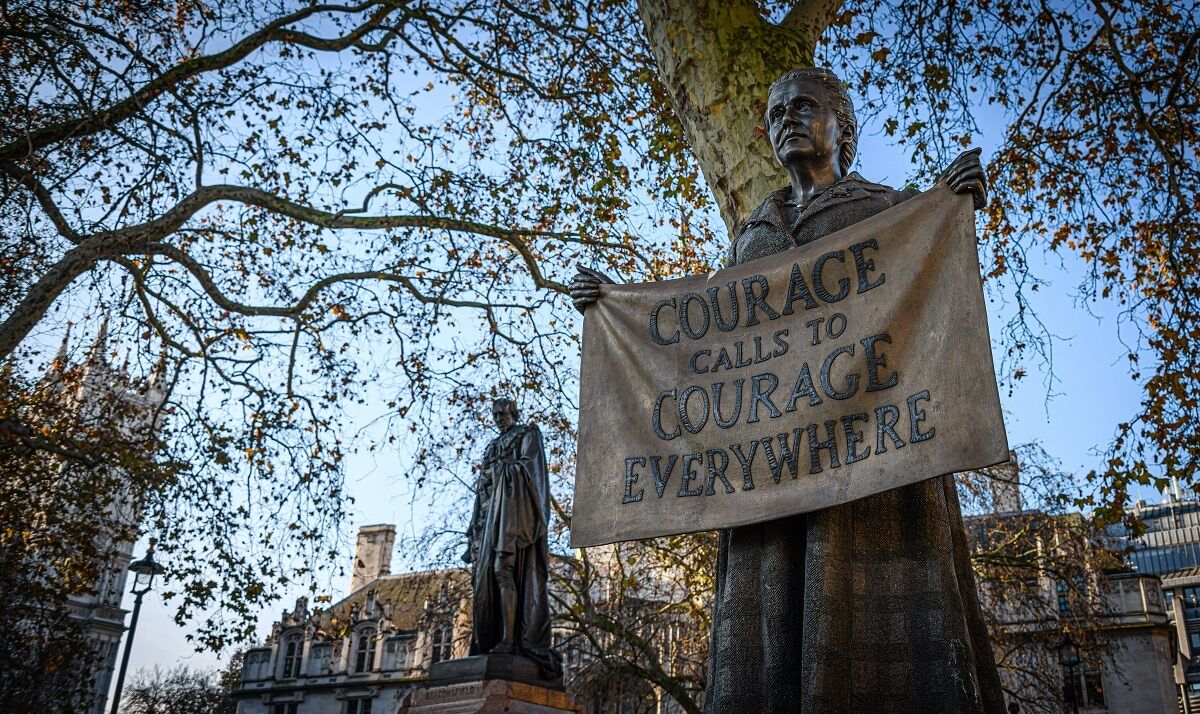 An exhibition to mark the achievements of the suffragettes will take place today in Parliament Square, the site where many important speeches to campaign for the vote took place.

Entitled Make A Stand, it is one of many celebrations taking place in the capital to mark 100 years since the Representation of the People Act was passed, granting some women over the 30 in the UK the right to vote for the first time.

The free exhibition, which is part of Mayor of London Sadiq Khan’s year-long #BehindEveryGreatCity campaign, features 59 life-sized images of campaigners, along with famous rallying slogans such as “deeds not words”.

The campaigners featured in the exhibition will have their names etched on the plinth of Gillian Wearing’s Millicent Fawcett statue, which will be unveiled in the spring. It will be the first statue of a woman in Parliament Square – and the first to be made by a woman.