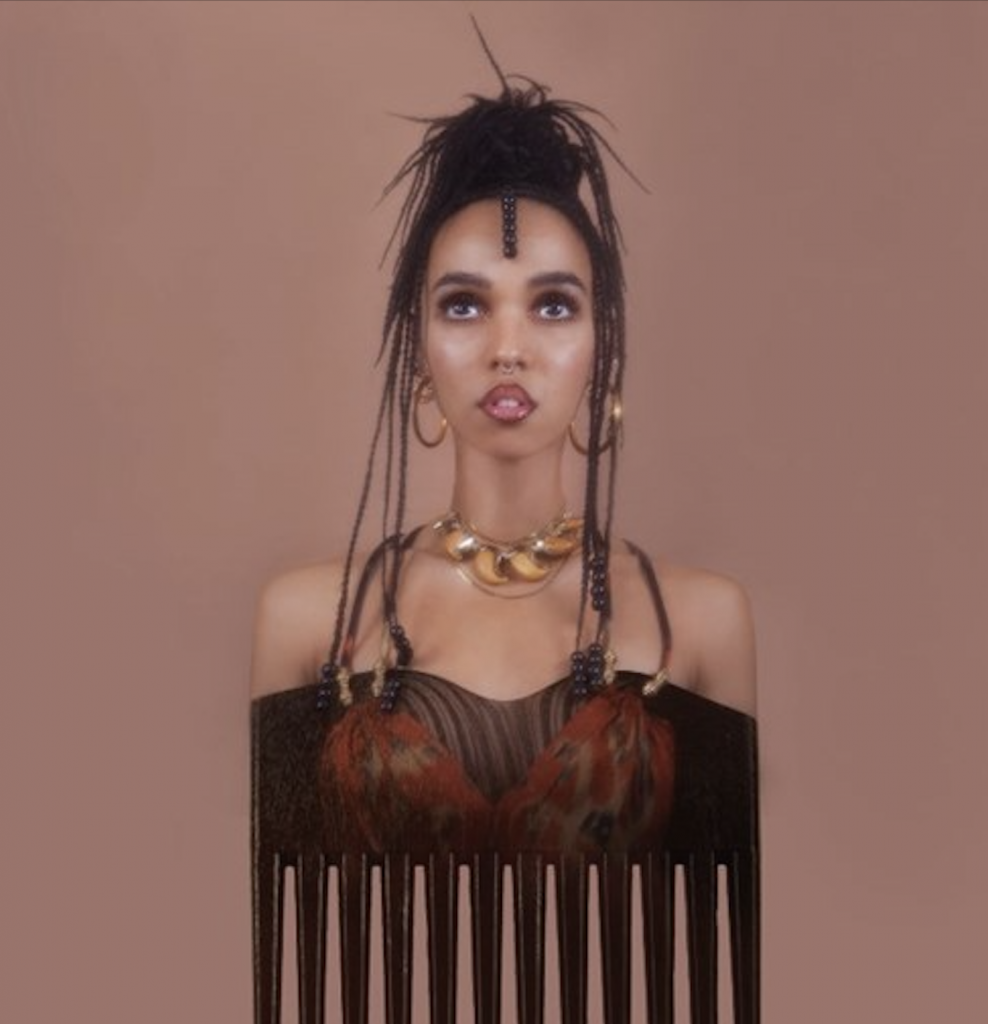 The theme of the first issue is braided hair – we speak to the auteur about the history of the hairstyle, moving to a multi-cultural metropolis and Instagram.

I’m getting ready to say goodbye to FKA twigs. “Do you want to hear a bit of my new album?” she asks. “Yes!” I squeal, without skipping a beat. Then I look at the expression on her face… of course, that was never going to happen.

twigs, aka Tahliah Debrett Barnett, is direct, and she’s funny. We’re at a studio in East London where she’s recording (I’m kept waiting downstairs for a few minutes as she’s in the flow of a session), to discuss her latest project, an Instagram magazine called AVANTgarden.

The first ever issue is striking and formatted specifically for the flick-through slide function of the platform. Focusing on braided hairstyles, twigs has developed animalistic, barbershop-inspired imagery, showing beautiful braid patterns curling around the scalps of her friends, with Ghana braids, durags and beads adorning their heads. It’s intimately tied to her sense of blackness, something which she hasn’t spoken about in depth since she was being harassed online back in 2014.